Barnaby Evans is an artist who works in many media including site-specific sculpture installations, photography, garden design, architectural projects, film, writing and conceptual works. His original training was in the sciences, but he has been working exclusively as an artist,  teacher and consultant for thirty years.

PRIZES
The Silver Prize for Colour Photography at the International Triennial Exhibition, Switzerland, 1997

Distinguished Service to the Arts Award from the National Governors Association, 2010.

Tom Roberts Prize for Creative Achievement in the Humanities, 2011

Tiffany & Co. award to commemorating WaterFire’s significant contribution to the revitalization of Providence, 2011 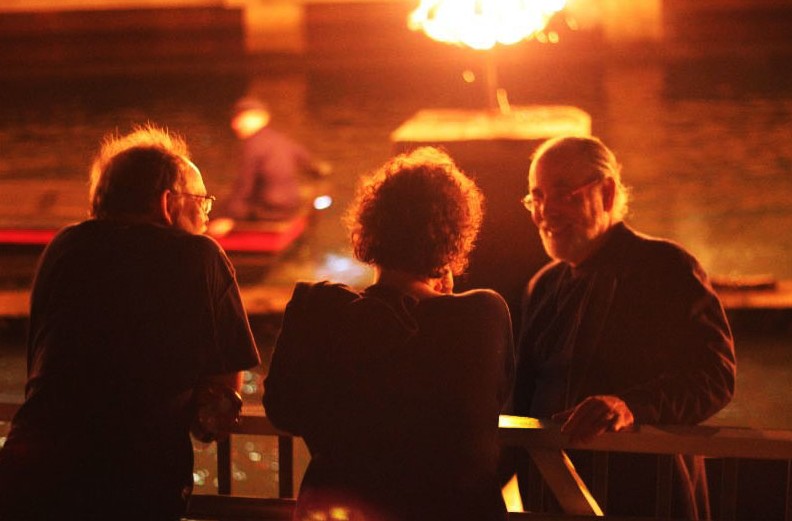 CITED
WaterFire was an early exemplar of successful Creative Placemaking and as such was cited as follows:

WaterFire has been discussed in hundreds of articles and included in symposia in Helsinki, Barcelona, Montreal, Seoul, New Zealand, Amsterdam, Minneapolis, Philadelphia and China.

WaterFire has also been studied and written about in numerous urban studies and public art books, as well as being featured in many novels, poems, and films. 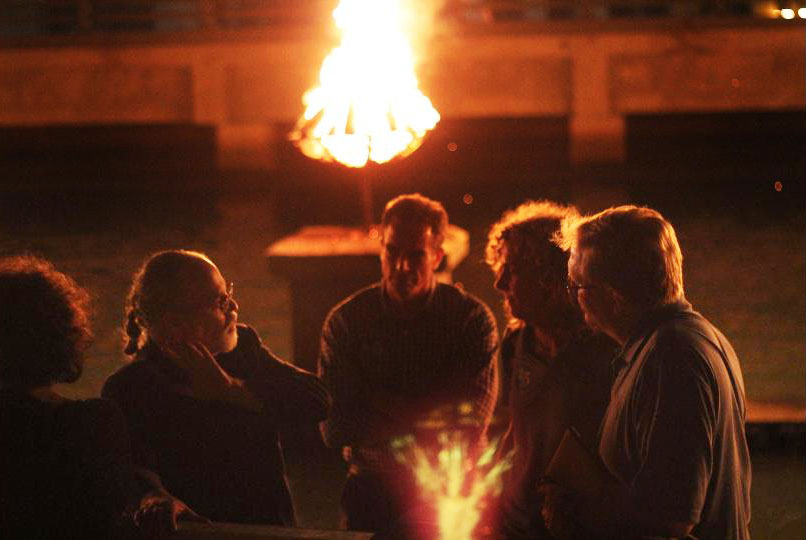 Creative placemaking projects utilizing WaterFire as the fulcrum in the following communities:

Currently working with the communities of Seoul, Ottawa, Hiroshima, Padua and Paris on new projects

MUSEUMS
Barnaby Evans is an accomplished photographer and his art and photographs have been shown and are in the collections of prestigious museums around the world including:

Museum of Glass and Contemporary Art in Tacoma, Washington